Dheerendra Singh is a kick-boxer, who after beating Gajanan Dinan, has been selected to represent India in the 14th Annual Kick-boxing tournament in Kuala Lumpur where he will be pitted against Pakistan’s Noor Mohammad. He is engaged to Neela Chaudhary, and lives with his widowed mother, and a cricketer brother, Veerender. The family witness Dheerendra excel himself during his bout against Noor but ends up gravely injured, and subsequently passes away after a kick in the neck area. When the Malaysian Government rules it as an accident, an enraged Dheerendra opts out of cricket, joins the kick-boxing team, and travels to Lahore (a city that was founded by Vishnu Avatar Ramji’s son, Lav) to participate in the Quid-E-Azam Tournament where he hopes to avenge his brother’s untimely death but is not aware of the outcome of his quest as well as the surprises that await him there.

Considering the themes and potential, it was very disappointing. The evocative opening credits promised much more than the muted, dumbed-down mess that followed.

This film should have shed an hour to hit a more effective fighting weight. It was flabby, slow, dull and predictable. The sparse action choreography was passable, but not great. I would say it was more of a drama than an action movie, but the acting wasn’t really strong enough for that, either.

Despite its many flaws and its heavy-handedness, it did manage to muster a little impact for the finale, but I’m not sure it was worth the slog. 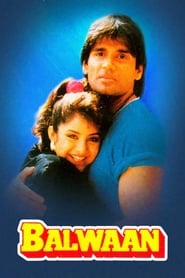